The impact of second homes in New Hampshire's Lakes Region

As I drive around the Lakes Region during this period of social distancing, I've been reflecting on how the second home market has totally shaped the Lakes Region into a very attractive mecca for the entire northeast. Without question, it has created a tremendous positive impact for our entire state. The second homes that have been constructed over the years have generated economic activity and population growth that likely would not have occurred without them. 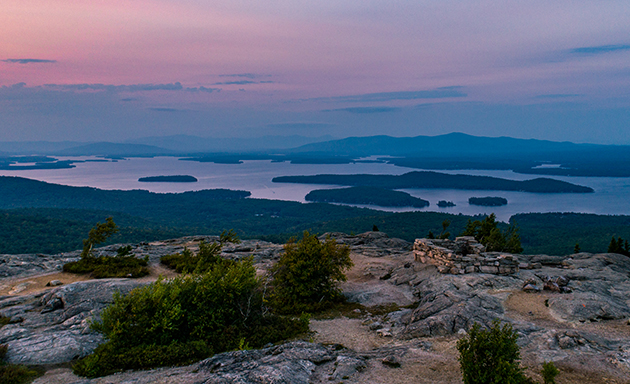 I look at the lakes and mountains of New Hampshire and compare it to the Maine coast and Cape Cod, all within hours of populous and prosperous metropolitan areas. All three of these locations offer premier destinations, affluent professionals, and semi-retires seeking a vacation or retire to a slower pace of living amid attractive natural surroundings with ample recreational and cultural opportunities. We're basically New England's playground. Where would our towns that comprise the Lakes Region be today without second homes?
Seasonal homes represent approximately 10.4% of all housing units in the state. I believe only Maine and Vermont have higher concentrations of seasonal homes at 16.4% and 15.6%, respectively. The number of seasonal homes has grown steadily over the years with Belknap County, Carrol County, Coos County, and Grafton County, accounting for approximately 70% of the seasonal homes in the state. In Carroll County, approximately 41% of the housing stock involves seasonal homes. Next in line is Belknap County, with 30% of the inventory seasonal homes.
All you have to do is ride around the lakes in our region and take a trip up to Mount Washington Valley, and you will see the highest concertation of seasonal homes. In Moultonborough, which has 66 miles of shorefront, 60% of all housing units are seasonal homes. In Tuftonboro, the percentage is 53%, and in Alton, it is 45%. Even in Laconia, the Lakes Regions' largest city, approximately 25% of the housing stock involves seasonal second homes. A large percentage of these homes were built during the go-go 1980s and another very strong wave of new second homes was built between 2000-2010. If you drive up the road to Newfound Lake, approximately 1/3-1/2 of the homes in the four towns bordering the lake are seasonal.
The construction of second homes in the Lakes Region has had a profound impact on all the municipalities' surrounding the lakes where they are most concentrated. The economic impact has been tremendous, the assessed evaluation of these homes has contributed immensely to the total assessed evaluation for the individual towns and the second home market has likewise helped the individual towns lower their tax rates. Take, for example, Laconia, both South Down Shores and Long Bay on Lake Winnipesaukee combined contribute somewhere in the area of $3.4 million in annual tax revenue to the city. This represents somewhere around 11% of the city's tax assessment revenue. Can you imagine Laconia trying to survive today without this revenue from just these two developments? Furthermore, these communities have a minimal impact on the school systems and they maintain their own road networks through their association. If you look at the new middle school and the new fire department addition, revenue from communities like South Down and Long Bay have contributed significantly to those types of expenditures.
In Moultonborough with its 66 miles of shorefront, do the math and figure out how many homes are on the lake. At Suissevale, one of the larger lakeside communities in that town, the community has generated approximately $1,679,665 in annual tax revenue. In Balmoral, roughly $740,957 was generated in annual tax revenue towards the town's annual expenses. With the amount of substantial shorefront on the 'big lake,' there is no wonder that Moultonborough's tax rate of $7.15 per thousand is one of the lowest in the state. With the percentage of second homes in Moultonborough at 60%, you can see what the economic impact second homes have had on this municipality.
There is no question that the influx of second homeowners and retirees has enlivened commerce in the region. The construction, furnishing, and maintenance of second homes have employed contractors, tradesmen, surveyors, furniture stores, realtors, bankers, and attorneys. The seasonal residence of these homes also creates a huge demand for a variety of good and services and provide patronage for entertainment venues like the Bank of New Hampshire Pavillon in Gilford, The Winnipesaukee Playhouse, Funspot, tons of restaurants and eateries, Mount Washington Cruises, Castle in The Clouds and Gunstock Mountain Resort during both the winter and summer seasons with its expanded summer programs and attractions.
As the Baby Boomers retire, New Hampshire will always remain a popular destination for those seeking a home for vacation or retirement. I also believe that many of our younger generation who have left the Lakes Region to seek their fortunes and new job opportunities will be among those who return to enjoy the fruit of their labor. After all, we're like birds...we migrate to the place where we grew up.